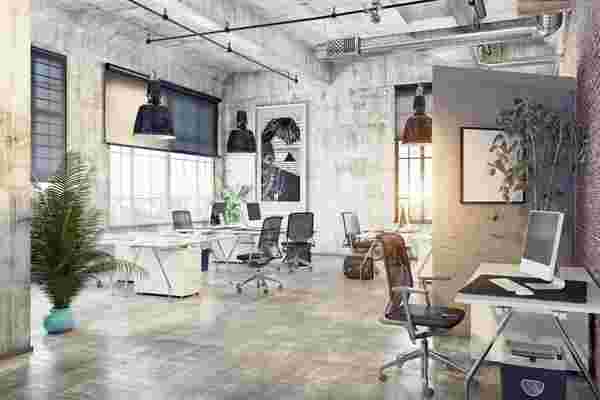 It's no secret that the entrepreneurship landscape is changing:In the United States alone, 24 percent of workers work from home, according to aBureau of Labor Statistics2015 report. And the trend is increasing exponentially. Following -- potentiallyleading --that trend are entrepreneurs, who, more than ever, either work from home or from coworking spaces around the world.

I was in India for threemonths, for example, and witnessed the opening of three new WeWork locations. Across India, WeWork went from zero locationearly last year, to a staggering 14 locations, as seen on the company'swebsite.

These factors have brought me and others to wonder what the near-future of entrepreneurs might look like. Here are some predictions:

From coworking to virtual coworking

I'm a firm believer in coworking spaces, having used them since 2014, starting with project Spaces in downtown Toronto. But I'm certainly not the only entrepreneur using them. Jeffrey Howard, co-founder of project Spaces, reported that over the past sevenyears, he'dseen his locations grow to 18,000 square feet of space across two locations. His company currently has 300 members across200 companies. Overall,tmore than 1,000 companies callproject Spaces home.

The Living Room, voted the best coworking space in Málaga, in Spain, where I used to work from, had a similar expansion, growing to more than 100 members in less than three years.Then of course, there's WeWork's meteoric expansion.

What does this growthtell us entrepreneurs? That the trend is not going away any time soon.

However, I personally believe that in the very near future, we'll see the rise of virtual coworking spaces. At its most basic, this will mean an online portal where people work from virtual rooms, meaning that members of a given "space" will have their cameras on, and be able to communicate with other members of the room, just as if they were together "for real."

In fact, this already exists to some degree, and I've personally used one of these resources myself:

Complice.coreleased a feature itcalls "rooms."Anyone can create a room and make it public or private. Using rooms, you can simulate a virtual coworking space. When I couldn't find a suitable coworking space in Spain, I gave this feature a try, and it worked well enough. I can't imagine a near-future where entrepreneurs wouldn't take advantage of that. Or, at the very least, you'd see current coworking spaces expanding to allow members access to the virtual component of their space.

Another alternative for now is My Work Hive. 58003 (Of course, I have not yet seen that happen.)

From coliving to purposeful coliving

My second area of interest here is coliving. Coliving has always been with us, mostly in expensive urban cities, but also in poor developing countries.

In New-York City, in Manhattan, the price of a one-bedroom apartment rarely falls below $2,500 per month, according to nyhabitat.com. And, a two-bedroom ranges between $2,800 and $5,000 (and the outer boroughs aren't much better). Given that, a lot of people opt for coliving with others, mostly with strangers.

We've all heard horror stories about a friend's roommate, or we havestories of our own. For some reason, we don't give much thought to whom we want to live with, and may end up in a miserable situation.It doesn't have to be that way.

One of the best experiences of my life was my time coworking and coliving at AngkorHub, in Siem Reap, Cambodia. 5800358003

"You are the average of the five people you spend the most time with." - Jim Rohn

I found that to be so true. It was during my time there that I started achieving more. Much more. I was working hard, but also working smart. And that was only because others around me were doing the same.

The near future:How near is near?

That's hard to predict, but the motion has already begun. In this knowledge economy, learning, adaptingand being productive are an entrepreneur's top assets. In the past few years, coworking and coliving have proven to help with that. In fact, 74 percent of coworkers said in a survey that they weremore productive.

With today's internet speeds and accessibility, it won't take long until virtual coworking happens. It will be more practical and cheaper, making it easier to become more widespread. Entrepreneurs of the near-future will take advantage of these advancements and thrive more than ever before.

所以: Is that a future you're looking forward to?