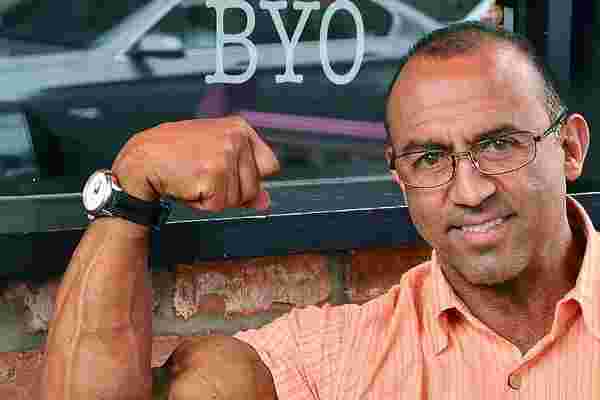 Entrepreneurs are impatient people by nature. Once they have their big-picture objectives, many go straight from scribbling an idea on a bar napkin to execution without a plan. But the first step is to set goals and create a plan with a solid strategy behind it. And the clearer you are from the start about your tactics, the better shot you have at building a winner.

My favorite example of the power of combining clear goals with a well-thought-out plan comes from my good friend Doug Brignole. As a kid, Doug was small and frequently got beaten up on his way home from school. At age 14, he decided he’d had enough and it was time to improve his physique. He went to a local gym and asked, “Can I please join?”

He was too young to be a member, but he worked out an arrangement with the manager to work part-time and work out during his off-hours. By the time he was 17, he was a contender for Teenage Mr. California. Though he didn’t win that year, the rush of competing fueled him, so Doug set his goal higher: He wanted to become Mr. America.

He started out by making sure he was absolutely clear on his outcome. Doug had a friend take a photo of him in a bodybuilder’s pose, and he blew up the image. He then put tracing paper on top of the enlargement and drew, in very fine detail, exactly what he would need to look like to win the title.

Once Doug was absolutely clear on what he wanted, he asked himself the following questions: What do I need to do to achieve it? What could get in the way? How am I going to overcome each challenge?

Like other professional bodybuilders at that time, Doug prepared all his own meals, figuring out a dietary regimen that would enhance his workouts. From time to time, Doug would have his friend take new pictures of him in the same pose, enlarge them, and lay the tracing of his goal body on top to monitor his progress. He adjusted his diet and bodybuilding routine based on the results. pound by pound, muscle by muscle, he filled out the image, bringing a dream sketched on tracing paper to life.

Finally, Doug competed and won the Mr. America title in his pision.

Doug set clear goals, created a solid plan, checked his results periodically, and made necessary adjustments. Though he’s now in his 50s, Doug is still competing; recently, he was the overall winner at the Muscle Beach International Masters competition.

We can all apply the lessons from Doug’s story to turn our big ideas into reality and break through to the next level in our entrepreneurial journey:

Be clear on what you want

Identify what could get in the way

To accomplish your goal of $1 million in gross sales, per quarter, by a specific date, with a specific profit margin, you may find several obstacles in your path. For example, you may need to tweak your product, refine your sales pitch, upgrade the people on your team, or find ways to reduce costs. 58003

Learn what others have done to achieve the outcome you want. This helps you minimize risk and save money on trial and error. Study their beliefs, their strategies, and the order in which they did things. Then do the same things to produce the same results.

Having a big idea is a good start, but it’s not enough to succeed. 58003­ You need a plan that tells you what you need to achieve, what could get in the way, and how you will overcome each obstacle. By combining your big idea with clear goals and a strategic plan, you’ll put yourself on the right course to bring your idea to life.

Doug could have celebrated win­ning Mr. America, then stopped his bodybuilding routine and gone off his rigorous diet, but he didn’t. He kept doing what he’d done to reach his goal and continued measuring himself to stay on course. Getting there is only half the battle; staying there is the rest. In Doug’s case, it means a constant process of discovering which diet and exercise plans, and which tools and technologies, can help him maintain and improve what he has built. It means adapting to an aging body over time and adjusting his methods to help him stay on top.

In business, you can celebrate reaching that $1 million per quarter mark and let sales drop off -- we’ve all seen that happen. 58003­­