Entrepreneurs Who Battled Depression For Years 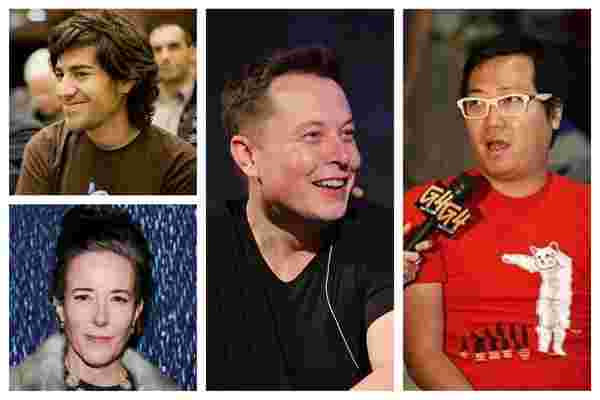 In the business world, depression is one of the most common problems faced by entrepreneurs. Behind happy-looking faces and successful lives hide a fierce mental battle. Courage is what it takes to stand up and speak out about mental health issues.

The most serious consequences of neglecting mental health are a sense of hopelessness and suicidal thoughts. Here we have a list of founders who battled depression while living their life in the public eye.

Reddit Co-founder Aaron Swartz had a past history of dealing with depression. “I feel ashamed to have an illness. It sounds absurd, but there still is an enormous stigma around being sick,” he wrote in his 2007 blog post. According to a Secret Service report, the US government noted that Swartz suffered “depression problems” nearly two years before his suicide in January 2013.

South-Korean-American internet entrepreneur and the chief executive officer of The Cheezburger Network, Ben Huh in a candid blog post recounted his personal struggles with depression and thoughts of suicide.

"I was thoroughly broke, depressed, and feeling the burden of losing hundreds of thousands of dollars of other people's money. I spent a week in my room with the lights off and cut off from the world, thinking of the best way to exit this failure. Death was a good option -- and it got better by the day, he wrote. In 2001, Huh failed at his first startup and fell into debt, which further resulted in depression.

Kate Spade, the fashion designer who co-founded fashion design house Kate Spade New York, was found dead in her Manhattan apartment on June 5, 2018. police reported she had left a note addressed to her daughter. The day after his wife's death, Andy Spade released a lengthy statement explaining his wife’s struggle with depression and anxiety.

“Kate suffered from depression and anxiety for many years. She was actively seeking help and working closely with her doctors to treat her disease, one that takes far too many lives,” he said.

Tesla CEO Elon Musk’s life is an epitome of success for millions of young entrepreneurs. The serial entrepreneur recently opened up about his secret battle with depression. While replying to questions from other Twitter users about his mental state, Musk shared in a tweet," The reality is great highs, terrible lows and unrelenting stress. Don't think people want to hear about the last two. 58003