Beyond Slack: 6 SaaS Tools to Help You Boost Team Collaboration 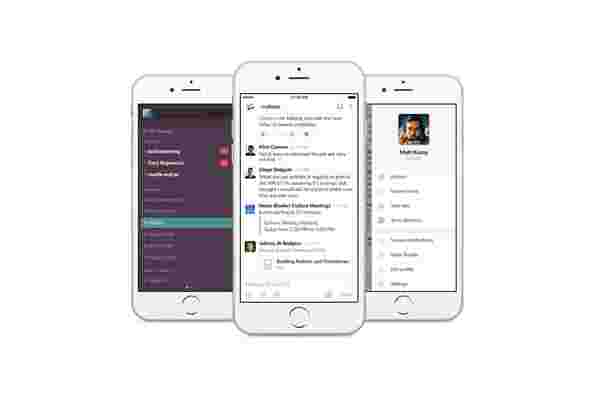 Since its public launch in February 2014, Slack has grown to be one of the most widely used team collaboration tools. The Wall Street Journal even recently reported that the company waspreparing for a 2019 IpO.

There's more:According to Statista, in May 2018, Slack had over 8 million users, 3 million of them using the paid plan. Slack has also been enthusiastically adopted by small businesses and enterprise alike, with 43 percent of Fortune 100 companies using Slack as of February 2018, according to Silicon Republic.

Since my own business adopted Slack, we've seen the tool significantly enableand improvecollaboration and communication among inpiduals in different departments and distant locations around the globe.

As major an executive as Jeff Dow, CIO of 20th Century Fox, has echoed this admiration,telling Silicon Republic that, “Slack has been the hammer that has helped us tear down the walls of silos across 21st Century Fox.”

While Slack certainly has companies worldwide singing its praises as a robust tool for fostering collaboration, it is far from the only one. In July 2018, Microsoft announced a free version of its Teams tool, which offers many of the same features as Slack as well as extensive integration with Office 365. Google, meanwhile, offers Hangouts Chat as a part of its own G Suite business package.

But collaboration isn’t just about messaging. Here are six more tools, beyond Slack, to help you promote and enhanceteam collaboration at your company.

Evidence of Asana’s effectiveness can be found in its explosive growth. In September 2018, Asana announced that it had reached a plateau of 50,000 paid users, in addition to an estimated 1 million plus users of the free plan. A recent valuation of $900 million brought the SaaS within striking distance of the mythical “unicorn” status.

From personal experience (my team switched to Asana from Trello earlier this year), we have seen a significant boost in productivity and accountability. Best of all, the tool makes it easy to visualize the progress being made on a perse array of projects and inpidual tasks across the organization.

58003 Calendly eliminates the back-and-forth often associated with scheduling. With Calendly, each member of your team gets a dedicated URL for a calendar showing his or her availability andallowing other team members to request an appointment at a suitable time.

Team members can also share their availability with clients through Calendly, either through their URLor through embedding their calendar on a website.

For Asana users, Zapier offers extensive integrations with Calendly, and Calendly also syncs with all of the popular calendar apps, eliminating both unnecessary data entry and the possibility of double-booking.

Atlassian’s Confluence offers much of the functionality of Asana (for project management) and Google Docs (collaboration on text documents), but our team has found it most useful as a knowledge base. For example, our Standard Operating procedures (SOps), employee reference forms and client forms all live in Confluence.

Confluence also acts as an effective human resources portal. Employees can request time off, perform monthly self-evaluations and complete many other repeatable processes that an admin defines as being within the Confluence platform.

For digital entrepreneurs, user experience (UX) design is almost always of vital concern. But design is notoriously difficult to talk about, particularly if you have multiple stakeholders involved in giving feedback -- and they’re not in the same room.

InVision is a SaaS app used by companies such as Amazon, Airbnband Netflix to build interactive and responsive prototypes without writing a single line of code. 5800358003

As Aarron Walter, director of UX at MailChimp, says in InVision’s intro clip, when it comes to UX design, “InVision is a faster way to certainty.”

From its humble beginnings, Google Docs has evolved into a ful-fledged word processor worthy of favorable comparison with Microsoft Word -- long the industry standard for content creators.

One of the primary strengths of Docs is just how much it facilitates collaboration. The father of Google Docs, Sam Schillace, identified collaboration as “the crown jewel of hard problems.” This is particularly true when multiple people need to work together on a document.

Traditionally, collaboration required sending a Word document back and forth via email to multiple recipients. Keeping track of which document was the most current, and combining comments and revisions from various contributors, could quickly turn into a torturous process.

Docs’ version history function eliminates the fear of saving changes. You can quickly and easily revert to any previous version of the document. Additionally, the “comment” function in GDocs makes it easy to communicate with colleagues from directly within the document. Docs also integrates with Slack, so you can receive a notification in your Slack workspace any time a comment is made or resolved within the doc.

Sometimes there’s just no substitute for meeting face to face, even if your team is distributed around the globe. Zoom is a first-in-class videoconferencing SaaS app that makes it effortless to host meetings with your team, no matter where they’re located. It also makes in-person presentations location-independent, with its extensive webinar functionality.

Videoconferencing can be invaluable for reinforcing company culture. Our team holds weekly videoconferences across our offices worldwide. putting faces to names and being able to do this on a weekly basis helps build relationships and encourage teamwork.

Successful collaboration is an absolute necessity for any business as it grows. Thankfully, the tools above make this goal more attainable than ever. put them to work for your business today.