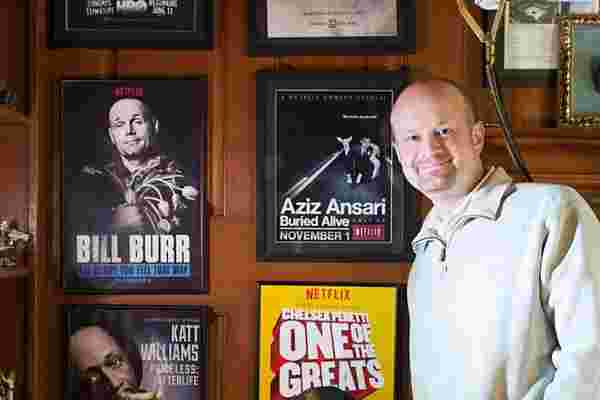 Have you ever heard the saying, “Dying is easy, comedy is hard’? It’s typically attributed to English actor Edmund Kean, whosupposedlysaid it on his deathbed. But whetherhe really said it mid-croak, it is true.

That’s what this week’s How Success Happens guest Brian Volk-Weiss did and continues to do as the CEO of Comedy Dynamics, which is the largest independent comedy production and distribution company in the known universe.

Volk-Weiss’s company has produced and distributed specials with Kevin Hart, Ali Wong, Tiffany Haddishand most recently, Jim Gaffigan. He also launched the Netflix docuseries The Toys that Made Us,which had all of us digging through our parent’s attic hoping to find a mint condition Millennium Falcon still in its original box.

In our conversation, Volk-Weiss talks about believing in your own insane dreams, chasing your ideas, and yep, how sometimes you have to take a not-so-glamorous gig to keep the lights on.