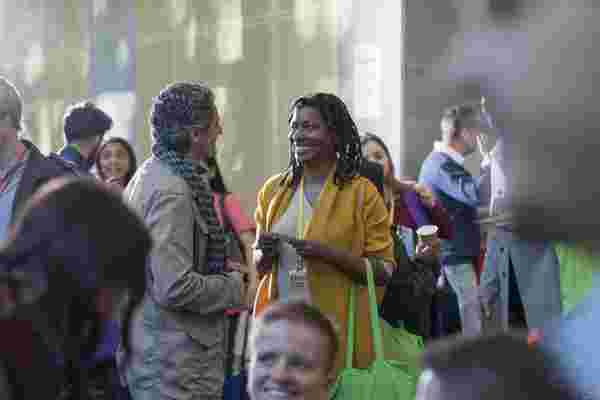 The U.S. innovation economy is expanding beyond the two coasts and creating new opportunity in impressive fashion.

Columbus, Ohio, has seen $250 million in venture capital deals so far in 2018, according to research by pitchBook. St. Louis has tallied more than $650 million over the last three years, and Charlotte, North Carolina, has attracted nearly $900 million over that same period.

In the world of venture capital, these sums are not huge, but they matter.

The key to sustaining this momentum in these emerging venture capital outposts is having a long-term focus, and I mean 20-plus years. It requires dedication from the top to the bottom of the local communities to become places that attract top entrepreneurs and investors.

That means organizing around people and relationships. Capital is important, but it's human capital, the talent you attract, cultivate and leverage, that is the essential building block of the entrepreneurial ecosystem.

My five p's of human capital

I think of structure and roles when it comes to talent needed to foster this kind of environment. I don't believe entrepreneurial communities can achieve systemic success and growth without filling these roles:

pillars: The successful business icons who have an indelible impact on their industry and community. They are the influencers who have created companies, reinvented companiesand supported innovation. They have the experience and networks to get things done. They can remove obstacles, facilitate deals and serve as credible ambassadors for the city as a hub of innovation. These are the pied pipers of your community. Their most desirable attribute is their ability to play the long game.

patrons: The investors and early customers -- often established corporate titans or businesses -- determined to help grow startups. They can attract those entrepreneurs with the ideas and energy to create new products and services that people need. They understand a rising tide of innovation can float all boats. Again, if they are not stepping up, seek them out and convince them to help.

pioneers: The leaders and founders of early stage companies who are navigating the unknown and have achieved a certain level of success and credibility. While they are focused on building their own businesses, they are the magnets that attract other entrepreneurs. 58003 These pioneers make the case better than any simple promotional brochure ever could.

professionals: The developer, designers, and hustlers, the expert believers, who populate the companies built by pioneers and make invaluable contributions to a community. 58003

partners: The attorneys, accountants and even public officials whose support, servicesand networking capabilities can help newcomers. Sometimes they provide their services in exchange for tiny equity positions to help young companies thrive. Every dollar is precious to a startup so this professional help can be the difference between success and failure.

Every community has this store of human capital. It's merely a matter of identifying the five p's, knowing who plays what role and getting them to commit to a common vision.

Seeing this at work

Ann Arbor, Michigan, is a classic example of how you build an entrepreneurial ecosystem. Known mostly as a small college town, it has benefited from the University of Michigan as an incubator for talent and ideas and for a couple decades now has attracted and propagated entrepreneurs.

Recently, Cisco acquired the local cybersecurity startup Duo Security for $2.35 billion. 58003 Its founders and employees are expected to stay in Ann Arbor to seed other startups -- exactly what you need from pioneers and professionals to keep growing.

In Indianapolis, ExactTarget, a marketing software firm, was bought in 2013 by Salesforce for $2.5 billion, still the largest acquisition in the region's startup history. ExactTarget co-founder Steve Dorsey leveraged that exit and founded High Alpha, a venture fund that has invested in more than two dozen area startups. As an angel investor, he has personally seeded many more local companies. His partner Chris Baggott has started and sold another company already and gone on to create several more, including ClusterTruck, a successful food-delivery service.

The successes in Indianapolis have lured other venture funds like Battery Ventures, which has invested more than $100 million in local startups. Salesforce built and opened its second largest global headquarters in Indianapolis with more than 2,000 employees. Throw in tax incentives and networking support from state and local governments and you get a red hot innovation hub.

Heartland cities like Indianapolis, Ann Arbor, pittsburghand Cincinnati, among others, are figuring out what it takes to compete in the innovation and talent arena. Cities that want to create innovation centers that last need to do like them and embrace the power of the five ps.