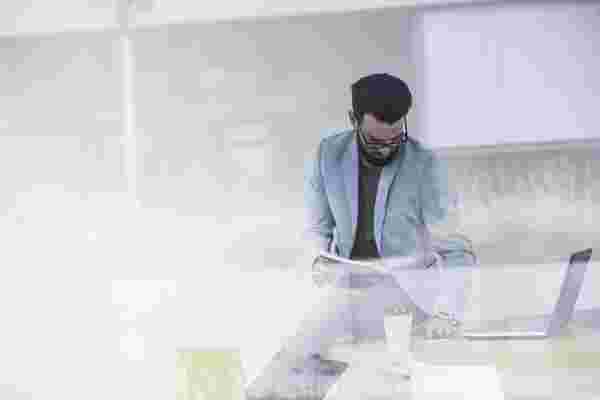 Last year, while sitting at an awards dinner being honored for running one of the fastest growing companies in the state, I had a pit in my stomach. 58003

I hated my company.

I didn’t always hate my company. I loved it dearly at one point. It was my pride and joy.I woke up every morning excited to go into work. But as wegrew and evolved, the company became something I didn’t recognize any more. As I was about to receive an award for our success, I made a decision.I was going to kill my company.

Well, not kill it, but I was going to stop building the company that I thought I needed to build. Instead, I was going to build the company that I had always wanted to own. Looking back on it a year later, I couldn’t be happier with my decision. 58003 I encourage every entrepreneur to stop what you’re doing if it’s not making you happy, and just do what you know is in your heart.

When your company is in hyper growth mode, it sometimes feels like you’re riding a roller coaster without a safety harness. Every twist and turn almost sends you tumbling out, and you have to hold on with white knuckles and hope you make the right decision. And because of this stress level, we entrepreneurs often make bad decisions.

And while I can’t identify exactly which decision is responsible for things going sideways, I do know the nature of some of those decisions.

First off, I didn’t hire the right people. Under pressure to grow and get butts in the seat, you will often make concessions that you normally wouldn’t make when it comes to picking team members. But having made those bad decision, I can tell you that having no one for a position until you find the right person is a far better situation than having the wrong person in a position. Don’t try tocram square pegs into round holes.

The other problem I ran into was that I read too many articles about successful companies and believed they all pertained to me. For example, growth companies don’t have profits. They reinvest everything into growth. And you have to spend to grow. And that’s all well and good for venture-funded companies that have millions in the bank. But for a startup that was self-funded, taking my eyes off my margins was such a massive mistake.

I remember convincing myself that going into debt to finance more growth was a good idea. And that not turning a profit for a little while was okay. But once you start down that path, it’s hard to turn your company back to profitability without making some very tough decisions and cuts.

And there are probably another 100 or so bad choices I made along the way, but these two are the ones that sting the most.

So where did I stand.

Well, there I was, award in hand, cheesy smile for the camera, with my mind screaming at me to just run away and live in the woods somewhere. I was in a state of panicbecause I had known that what I was doing wasn’t right for me for several months. But I kept telling myself lies to keep my panic stuffed way down deep.

I remember thinking that we grew too fast and had too many team members, but I just convinced myself that I would increase sales to meet that level of staff.. But then as new sales came in, the team kept coming to me to ask for more hires.I didn’t want to have the tough conversations with them, so I smiled and gave them what they needed.

Basically, I had lied to myself over and over again to keep my common sense from winning out, and I avoided difficult decisions because growth and awards were so much more fun! YAY! Well, not so much yay. In fact, these two actions were a deadly cocktail. All of a sudden my company was bloated, unprofitable and stressing me beyond my breaking point. When I was honest with myself, I didn’t even want to be in the company that I had built.

58003 When it was all written down, I was sick to my stomach all over again.

The actions that I would have to take were a nightmare --firing customers, firing employees, changing our processes. I’m an emotional guy, and I knew that it would be incredibly difficult for me to pull off this plan. But I took myself to task. I told myself that I’d gotten us into this mess, and I had to get us out of it. So, I committed to the plan and set it in motion.

Where we ended up.

Well, we probably should have gone bankrupt a few times over the past year, and I probably could have had a stroke or a heart attack at any given moment based on my stress levels. But the past six months have been some of the best of my professional career.

Yes, a lot of the cuts I made still hurt. I miss certain people like crazy. We’re roughly a quarter of the size we used to be in terms of headcount, and we have about 50 percent fewer clients than we used to, but our revenue has actually stayed static. We’re making the same amount of money with 25 percent of the people that we used to have. Which means profits are up.

But profits aren’t the end game here. The real win has been the lifestyle for the team members whoare still with me. They’re now able to spend more time at home. We have flexible work schedules. We have unlimited time off and are paying higher salaries. Things have just slowed down in general for everyone.

I’m probably not going to be setting any more growth records over the next few years, but I can honestly say that I’m happy with my company and I’m excited to get to work every morning. You can keep every award under the sun, because this is what success should feel like.