Stop Looking for the Perfect Candidate. Look for One Who&apos;s Failed 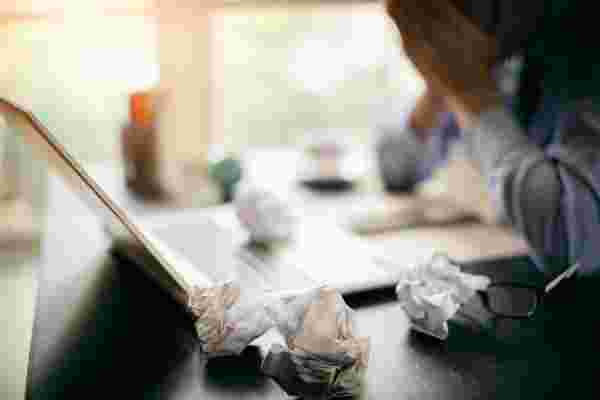 Every day, startups walk the line between genius and failure. Soit takes a special type of person to succeed in this environment. Employees need to be willing to make mistakes and learn to adapt.

"In a startup, trial and error is sometimes the only strategy to move forward," Andreas pettersson, CEO of Irvine, Calif.-based video IoT company Arcules, said in an email. 58003 If they do not, they will fail anyway."

Because of this ongoing risk, you need to assess your job candidates' feelings about failure early -- as early as the hiring process. potential employees may talk about an obstacle they've overcome in the past. But that isn't a complete measure of how they might deal with mistakes in a real-life setting.

Instead, you need to dig deeper to find out if a candidate can handle (and learn from) failure at your company.

Find out what makes a particular candidate different.

While some people have to learn to be comfortable with the possibility of failure, others naturally embrace it. Spotting what makes the latter different is what's key to finding great startup talent.

Linda Adams, a partner at Denver-based leadership and teamwork consultancy The Trispective Group, learned to spot this trait when she interviewed a candidate named Steve.

Steve was older than most people applying for her company's open entry-level position. He also had a background in football, Adams discovered. He had played throughout college and was even on the roster for an NFL team for three years. This was impressive: Adams's research revealed that less than 1 percent of high school players make it to the NFL.

"What I learned that was different about Steve is that he was fearless in following his dream," Adams said in an email. "Knowing the odds and knowing at the end of the day he might not win the grand prize, Steve put everything he had into contributing to and having his team succeed, even when it didn't result in kudos for him."

That dedication is what set Steve apart, Adams said. While he had less traditional work experience, this candidate -- Adams knew -- had what it takes to persevere under the threat of failure.

So, recognize the message here: Take the time to dig into candidates' backstories. Before every interview, find a piece of information about the person's past that stands out. The experience needn't even relate to the open position. What's more important is finding out what it is about about the inpidual's nature that prompted him or her to make an unconventional choice.

Investigate what risks a candidate has already taken.

A major difference between the corporate and startup worlds is the presence of risk. Established companies can work the way they always have and feel no need to try something new. But startups require risk-taking.

58003 "If a candidate hasn't, I typically make a 'no hire' decision immediately. The rate of change in today's business is simply too high to have folks without such experience."

消息: Instead of asking candidates about their biggest failures, find out what they've been willing to risk. While it's important to know how inpiduals have recovered from failure, it's imperative to know what they're willing to risk when they believe in something. Knowing how big of a gamble they've taken in the past will show how comfortable they are recovering from a loss.

Look for signs of a work ethic.

Employees' roles in a startup are usually fluid. Each person needs to be willing to wear different hats and learn a variety of skills. But not everyone is willing to take on the extra work.

David Royce, the Los Angeles-based founder and chairman of pest control company Aptive Environmental, once hired a math teacher as a salesman. He was analytical and not naturally charismatic, like most salespeople. 58003 "Admittedly, his first three weeks he performed miserably," Royce said.

Still, this man began spending a couple of extra hours each day ping into the company's training materials. He focused on learning and reaching his goals. By the end of his first year, he was in the top 5 percent of the company's sales representatives.

消息: Instead of focusing on what an inpidual can bring to the table, find out what he or she is looking for and willing to learn. Ask about this person's weaknesses and whether he or she is prepared to learn and overcome them.

Finding out about a candidate's personal development goals for the first few months of employment will show you the most important thing: whether he or she is ready to expand out of that proverbial comfort zone.