Do You Constantly Compare Yourself to Others? If So, Here&apos;s Why You Need to Stop. 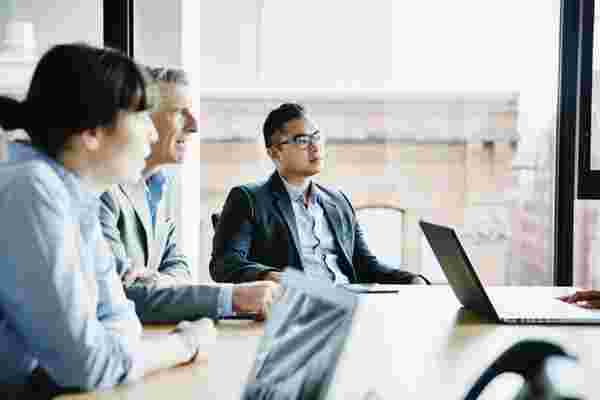 I never thought of myself as an entrepreneur. Growing up, I always wanted to be a journalist or work for a magazine. But, then one summer in college, I interned at a wish-granting organization for kids with life-threatening illnesses. A lot of them would lose their hair during chemotherapy and they'd be offered a wig or a hat. However, a lot of the kids I saw loved to wear headbands instead of covering up their heads. I started to research organizations that give headbands to kids with cancer and couldn't find any.

At that moment, I (unknowingly) became an entrepreneur, because I wanted to solve this problem. I didn't really think about all the hardships that come with starting a business and everything that could go wrong. I just knew that a lot of these kids wanted to wear headbands and no one recognized that, oreven if they were, no one did anything about it.

At the end of my junior year in April 2012, I launched HeadbandsofHope.com. For every headband sold, one is given to a child with cancer. 58003

But, my biggest accomplishment is donating headbands to every children's hospital in the United States.

Some moments, I'm euphoric with the movement I've created and the impact it's had on so many kids. But, in other moments (too many that I'd like to admit), I feel an anxietythat I'm not doing enough. I think when you're trying to make a change and do something big, it's hard to ever be truly satisfied with where you are, because there's always more that could be done.

Last year, I met an astronaut,and he said that no matter how great of a career he'll have as an astronaut, he'll never truly make a dent on the galaxy. On the outside, I thought just being an astronaut was a huge accomplishment in and of itself. But, to him, he sees not what he's done, but what's left to be done. I realized, even though he and I live in totally different worlds (pun intended) we're both struggling with the same tension of never being satisfied.

On one hand, I credit a lot of the success of my career to the mentality that I can always be doing more, because it's fueled a lot of my hustle. On the other hand, it's robbed me of a lot of the enjoyment and satisfaction of the process. And if I can't enjoy the life I've created, that's a big problem to me.

I found a lot of this anxiety stemmed from comparison. When you're trying to do something big, you meet a lot of other people trying to create something cool too. I've loved being a part of a growing community of entrepreneurs, activistsand people who are going for it,but it's so easy to hold a ruler between yourself and someone else. I compare what I'm doing with what they're doing and start to doubt myself. It's embarrassing to admit that, because on the inside, I truly want more people to take action, start businessesand hold a level of responsibility for the world's issues and inspire solutions. But, then there's this insecurity that creeps in that makes you think you're not measuring up to everyone else trying to make an impact.

Those moments of doubt give me no room for creativity or innovation. My mind is too cluttered with doubt, and I have nothing else to give to my business or even my relationships.

On the outside it seems the bigger Headbands of Hope gets, the more successful I should feel. But, really the more it develops; it presents more opportunity for me to develop with it. And each day I get closer to finding a balance of hustle for where I want to be and happiness for where I'm at now.