Can Leaders Be Both Likable and Respected? 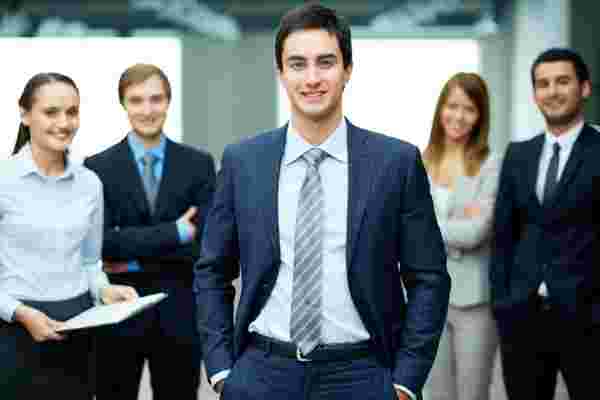 Every leader’s ideal relationship to his or her subordinates requires some measure of likability and respect. A likable leader will get along with subordinates on a personal level, and they’ll be able to enjoy each other’s company, making the workday more enjoyable and boostingmorale.

A respectable leader, in addition, will command attention, discipline, and obedience from subordinates, which will lead to a more organized workplace, and a firmer hierarchy in the organization.

The problem is, respectability and likability exist, in some ways, on a spectrum. 58003 Andtaking an action that commands respect could make you less likable. So, is it possible to be both liked and respected? And if not, which one is more important?

Respect as a necessity

Another group of employees might admire your leadership style, and personally wish to follow your directives so they can align themselves with that style; this is respect freely given.

58003 For this reason, respect takes priority over likability.

The problem with likability

So, why is likability a problem? It isn’t, necessarily, but it can influence the following effects:

Diminished value. In some ways, a boss who's more likable is a boss that’s less valuable. Being friendly with someone establishes you as a peer; and under ordinary social circumstances, being seen as a peer can lead to more trust and tighter relationships.

But if you want to be a leader, bringing yourself down to the level of “peer” can decrease others’ perceptions of your skills and abilities. For example, in at least one experiment, waiters who treated their patrons with exceptional friendliness actually made less money in tips than their colder, more neutral counterparts. There are several potential explanations for this, but the bottom line is that adding friendliness to the relationship doesn’t inherently boost your value, especially in a professional environment.

Compromises and deviations. Being “friendly” inherently means being more agreeable. A friendly person is one who’s willing to make compromises for another person, or who deviates from set standards to accomplish some personal task. For example, you might make more exceptions for someone’s lateness in order to be seen as friendlier and more accommodating.

Occasionally, there'll be nothing wrong with this, but if you’re always making compromises just to be more likable, you’ll lose respect and authority as a leader.

personal vs. professional. Friendliness is also inherently personal, rather than professional, and if you want to be respected as a leader, you need to err on the side of professionalism.

Research shows that having friendships in the work environment improves morale and productivity, not to mention employee retention. Butthose studies focus only on friendships between peers. If you want to be treated as if you’re at a higher level, you need to put yourself on a higher level.

The effects of an absence of likability

That being said, likability can stillbe a good thing for a boss -- at least to some extent. If you’re unlikable, you might see some nasty side effects:

Office culture. If you’re too firm, uncompromisingor staunch in your demeanor, the entire company culture could suffer at your hands—the way it did at Uber under Travis Kalanick’s leadership. A toxic workplace culture isn’t going to be good for your employees -- even if they seem to follow your direction.Fear or intimidation. If the respect you command turns to fear, or intimidation, your employees will be afraid to tell you what they really think. 58003 If you’re actively disliked, that state of affairs isgoing to make it nearly impossible to get anything done as a team. Even if you’re a rung above everyone else, you’ll rely on your coworkers to accomplish your goals, and alienating them can interfere strongly with your eventual results.

It’s valuable to think of your image as a leader as a personal brand, where you’re in control of the dynamics. Being too likable and friendly can cost you some measure of respect, but focusing on respect so much that it makes you unlikable is also a problem.

Instead, strive to find a balance between these two dimensions, and create the character you want to exhibit as a leader.