Driven to Succeed: How an Entrepreneur&apos;s Love of Cars Led to a Lifetime of Success 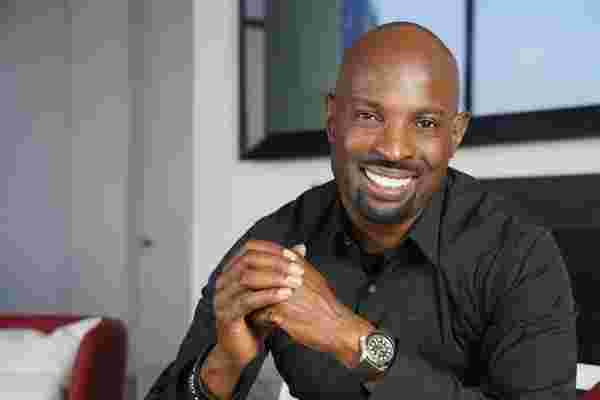 58003 Although he's known in Los Angeles for his collection of exotic cars and lively tequila tastings, family still comes first. Icaught up with him the day after he surprised his daughterswith ahot air balloon ride and asked him to break down his entrepreneurial journey.

"I’m from Cayce, SC, which is a suburb of Columbia. I grew up in low-income housing to a single mom. My family moved to San Francisco, Calif., when I was 11, after my mom remarried, and we lived there for one-and-a-half yearsbefore moving back to SC. My first job was doing yard work -- I would cut grass and rake yards. That work taught me to hustle and be resourceful. If I wanted to make money, I simply had to go find customers. Some days I didn’t find work, but most days I would if I kept knocking on doors.I always had money, which gave me a sense of independence, and working made me feel like I was in control of my destiny. That feeling has never gone away."

"I’ve been interested in cars for as long as I can remember. As a kid, I put together model cars, the small scale models that had seemingly 1,000 pieces. The tips of my fingers would become desensitized from all of the model glue. It took time to become organized, detailed and focused enough to build cars that looked great; it was very difficult to build them perfectly. Fortunately, today I can buy them and have discovered that all hand-built cars will have imperfections, no matter how much you pay for them.

"When I was younger, I would go to car dealerships just to look at the special cars, until eventually I put a Mercury Cougar Rx7 on lay-away. By then, I worked in the kitchen at an Italian restaurant and every week, I would give them my entire paycheck. I was 14 years old and couldn’t even drive the car off the lot!I'd cut school to go listen to the engine andthe radio. My mom eventually found out, got all of my money back, and made me buy a Datsun B210 hatchback."

The first signs of success

"I joined the Air Force at 17 and went to college at night to study computer science. While in the military, I started building computers and selling them. At that time, IBM compatible computers were all the rage because you could have a pC that did everything an IBM pC did for a fraction of the price.

"I built and sold computers to as many families as I could. It was labor intensive and required far more post-sales support than I could offer. At the same time companies like Dell and Gateway began offering lower cost, pre conpd pCs that were packaged with tons of software. My little business didn’t innovate or scale quickly enough to stay relevant. I was so focused on the "now" and making money that I didn’t even see how short lived my business would be.

"I left the military and took a job working in a telecommunications service desk. I worked third shift, from 3pm to 11pm, doing support and operations. I didn’t find it very challenging or upwardly mobile, so I did everything I could to learn more about technology by working with other departments. Since I didn’t start work until 3pm, I would come in at 10am and volunteer in other departments. I worked with the network, app development and system operations teams and gained a lot of experience that I otherwise would have never gotten. Eventually, I started making improvements to our flagship system.

"I built a friendlier user interface, integrated with our call system and started creating useful reports. After that, I was given responsibility for the system and started helping and collaborating with other users outside of my company. I eventually got recruited to work for a government contractor and made more of a name for myself in the community with that system.

Finding fulfillment by mentoring others

"I know what’s possible when you combine proper vision, focus, execution and grit. I’ve also seen how and why things go wrong, which is why each of my new ventures achievehigher levels of profit and success much faster than the earlier ones. My coaching under nHotpursuit is centered on helping entrepreneurs accelerate the growth of their ventures.

"The goal is to help tens of thousands start and grow businesses that allow them to achieve greater financial security, a more flexible lifestyle and better quality of life. If I spend the rest of my professional life in hot pursuit of this goal, my spirit will be full of joy and I will have done something very special with my life."

"Ultimately, we’d all like to operate as close to our potential as possible. It’s where the magic is! There is joy in the sheer pursuit of our potential. The joy comes from knowing that we are really'going for it,' working with a sense of urgency, stretching and being fulfilled by our achievements.