9 Multimillionaires Who Lost It All but Came Back 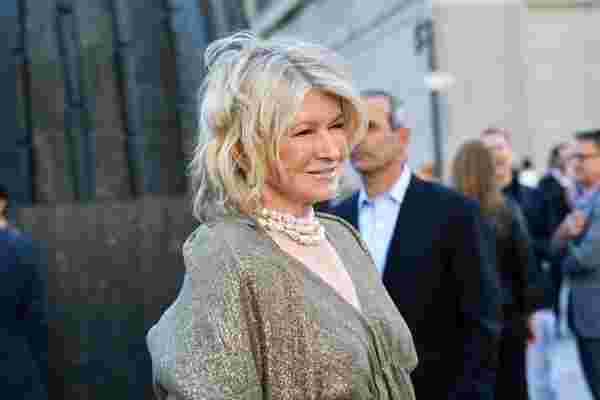 Being at the top of your field and earning millions of dollars a year doesn’t mean you’ll stay that way forever. Even the richest and most successful people aren’t immune to sudden failures, flops and plunges in net worth.

There are many reasons why innovators and entrepreneurs may lose everything they worked so hard for -- personality clashes, mishandled finances, poor decision-making or just bad luck. The question is, when you’re faced with those dilemmas, what do you do?

These 9 multimillionaires lost it all, but they didn't give up. They fought and clawed their way back, and became stronger than ever. Read their stories, learn their lessons and try to avoid their mistakes.

During the dot-com boom of the 1990s, James Altucher founded a web-design company called Reset Inc. and sold it for $10 million. Then he lost everything in a series of bad investments. He made “every stupid decision in the book,” he said. With $143 left in the bank, he contemplated suicide.

He eventually came to realize he had to reevaluate his business and his life. He stopped judging his "self-worth by his net worth." He slowly dug his way out and found his way back. He began blogging about his riches-to-rags-to-riches-again story, which has proven to be incredibly popular. And he started writing books -- 20 and counting so far -- which have also been a great outlet for his creativity. He is now a mega-popular blogger, podcaster and author with investments worth millions.

For decades, Martha Stewart was world famous for her brand of simple, elegant homemaking tips and home decor; her stamp of approval was worth billions. Then she was charged with insider trading for selling her shares of the biotech company ImClone. She was sentenced to five months in prison, fined $195,000 and forced to step down from her company, Martha Stewart Living Omnimedia, for five years.

After she returned from prison, she launched a highly publicized comeback. She remains a dynamo, passionate about her business, and continues to evolve, such as appearing on TV shows with unlikely partner Snoop Dogg. Her current net worth is estimated at $300 million.

Talk-show host Larry King has a net worth of $150 million, but there was a time when life wasn’t so rosy for the TV personality. In 1971, King was arrested on charges of grand larceny for allegedly stealing $5,000 from his business partner. At the time he was working in Miami as a disc jockey for WIOD, a talk-show host for WTV and a columnist for the Miami Beach Sun-Reporter. Although the charges were eventually dropped, he was fired from each position.

Dorothy Hamill rose to fame after winning a gold medal in p skating in the 1976 Winter Olympics. She turned her stunning performance into millions by becoming a star in a number of professional ice-skating shows, including the Ice Capades. She became a spokesperson for multiple companies, endorsing products as perse as cars, coffee and shampoo.

But Hamill fell into bad financial habits such as overspending on jewelry. She entered into a multimillion-dollar deal to purchase the bankrupt Ice Capades in 1993. She revamped the show, but it flopped. In 1996, Hamill was forced to file for bankruptcy. Since then, she’s written a book, A Skating Life: My Story, and starred in the television movie The Christmas Angel: A Story on Ice. She also appeared in the 2007 movie Blades of Glory alongside Will Ferrell. Hamill’s net worth is now $5 million.

Bill Bartmann founded a debt-collection company whose value in the 1990s was estimated in the billions of dollars. 58003 It was a massive success until an associate was convicted of accounting fraud. Bartmann, one of the richest men in America, was forced intobankruptcy.

However, Bartmann didn’t let failure stop him. He found success again by writing his story of failure. His books, Billionaire Secrets to Success and Bailout Riches, became best-sellers. Using his publishing success as a stepping stone, he eventually launched a second debt-collection company, which he named CFS II. His new company made $10 million in a single year.

George Foreman is a former boxing champion and current entrepreneur who is no stranger to life’s ups and downs. He won the gold medal in the heavyweight pision of the 1968 Olympics. After he turned professional he won the world heavyweight title in 1973.

He retired from boxing, moved back to his hometown, and became an ordained Christian minister. However, his declining income led him to file for bankruptcy in 1983. He returned to boxing to help him regain financial stability, and in 1994 he became the oldest heavyweight champion.

Since then, he has done everything from radio commercials to corporate speaking engagements to product endorsements. But the real money came when he launched the George Foreman Grill, which sold more than 100 million units worldwide. He sold the naming rights to the grill in 1999 for a whopping $138 million. Foreman’s current net worth has been estimated at $300 million.

58003 He launched his first film studio, Laugh-O-Gram, in 1920, but problems arose when his backing firm went broke. No longer able to pay his employees or cover his debts, he was forced to file for bankruptcy. But he went on to form a new company, Disney Brothers Cartoon Studio, thanks to a loan from his parents and brother.

Disney came close to bankruptcy again when he ran into financial trouble in the midst of production for Snow White and the Seven Dwarfs. This time a bank loan saved the day. He was able to fund his staff and studio through the completion of the film, which became a critical and commercial success.

Robert Stiller is the founder of Keurig Green Mountain. He built his fortune by selling K-cups single-serve coffee pods. His endeavors launched him into the billionaire club in 2011. However, he engaged in irresponsible spending and lost a big chunk of his fortune. In 2012, he was forced to sell fivemillion shares (worth about $125.5 million) to pay off loans he had taken out against his sizeable stock holdings. This contributed to the company’s stock price plummeting to $17.11, less than a year after it had been over $100 per share.

However, improvements to the company’s stock prices since then have helped him recover, as he still owned 8.3 million shares in the company. Soon, he was worth $1.2 billion. He finally opted to retire in 2013.

Magerko ended up putting nearly everything she had, including her jewelry collection and personal checking account, on the line in order to turn 84 Lumber around. She teetered on the brink of corporate and personal financial ruin. Today, Magerko is a tough leader at thehelm ofa leaner and smarter 84 Lumber. She has a net worth estimated at $1.3 billion.