How Andrew Carnegie Found Success in the Face of Failure 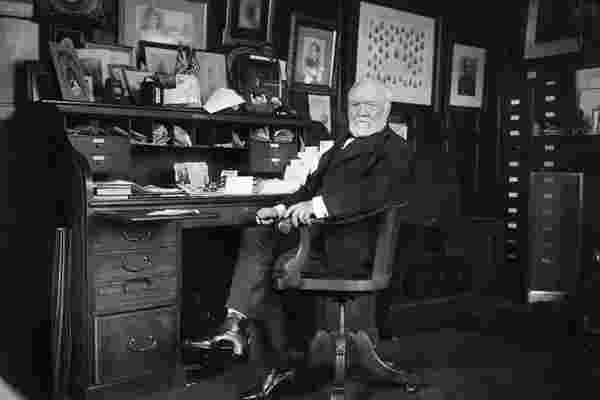 The chances are that when you think of successful entrepreneurs, Andrew Carnegie isn’t one of the first to come to mind. While his name still marks some of New York City’s most famous landmarks, we don’t often think of him in the same way as today’s mega-wealthy sports stars, tech innovators, and public ps.

Yet Carnegie’s name has gone down as one of the most well-known in American business. He was one of the most prosperous entrepreneurs of the 19th century, and his hard work and success set the tone for enterprise for years to come.

As with many of the most successful people, however, Andrew Carnegie didn’t get to where he was without hardship. Before he became one of the world’s wealthiest men (with a net worth at the height of his career of $310 billion, adjusting for inflation) and one of the most important philanthropists of his time, Andrew Carnegie faced tremendous struggles. Let’s take a look at some of these struggles — and, more importantly, how he overcame them.

An immigrant who escape poverty in Scotland

Andrew Carnegie was born in Scotland on November 25, 1835. His family lived in a typical weaver’s cottage: it had only one main room (shared between the Carnegies and the neighboring weaver’s family) that served as the bedroom, living room, and dining room.

Struggling to make ends meet during a great economic downturn, the Carnegies borrowed money from Andrew’s uncle, which they used to immigrate to the United States. While they hoped to find a more prosperous life, the Carnegies’ hardships continued in the U.S., as Andrew’s father struggled to sell his goods to uninterested dealers.

He never lost hope when he was earning $1.20 per week

In 1848, Andrew Carnegie began his first job as a bobbin boy at a cotton mill. Here, he worked for 12 hours each day, six days a week, earning a starting wage of $1.20 per week (roughly $39, adjusting for inflation).

In 1849, however, Carnegie’s hard work first began to pay off. Working as a telegraph messenger boy in the Ohio Telegraph Company’s pittsburgh office, he proved himself a diligent employee, and within a year, he was promoted to operator.

In 1864, Andrew Carnegie was drafted by the Army into the U.S. Civil War. Instead of serving, however, he paid another man $850 to report for duty in his place.

Though this may seem dishonest today, it was a common practice at the time. In fact, what Carnegie did was completely legal: the Conscription Act (passed by Congress in the previous year) made specific exemptions for those conscripted on payment of a “commutation” fee.

Had Andrew Carnegie reported to war, the entire course of history may have been different, as the steel industry played such a major role in the development of the United States’ economy and infrastructure.

He risked his home to start investing

Rather than being bitter, Scott decided to help Carnegie start his investment career. 58003

The bold move paid off: the pidends started coming in quickly, eventually helping Carnegie fund a series of other investments (including the Keystone Bridge Company and Union Iron Mills, to name a few). Thanks to his hard work, risk-taking spirit, and the success of his investments, Carnegie worked his way up from that $1.20 a week to $50,000 a year by the age of 30.

Carnegie used the funds from his investments to found the Carnegie Steel Company in 1892. Thanks to revolutionary production methods (and the fact that he owned everything he needed throughout each step of the production process, Carnegie was able to dominate the industry and acquire his massive wealth. 58003

He believed in giving back to the world

In 1889, Carnegie published an essay, “The Gospel of the Wealth,” in the North American Review. In this work, he asserted that the rich have “a moral obligation to distribute [their money] in ways that promote the welfare and happiness of the common man.” Were anyone to doubt the meaning of this, Carnegie went on to proclaim: “The man who dies thus rich dies disgraced.”

By the time of his death, Carnegie had donated $445 million of his $475 million personal fortune to charities and philanthropic endeavors. He helped fund more than 2,500 public libraries around the world and created numerous trusts (charitable foundations) that have established many organizations still in operation today, including Carnegie Music Hall and Carnegie-Mellon University.

No matter the obstacle, you can overcome it

Not everyone will become one of the richest people in the world or go down in history for their contributions to society—and that’s okay. What’s important is that you cannot let disadvantage or hardship prevent you from working as hard as you can towards your goals. As was the case with Andrew Carnegie, it is not your circumstances but what you make of them that dictate your path in life.