This Decade the Digital Economy Will Get Organized. Here&apos;s How Entrepreneurs Should Take Advantage. 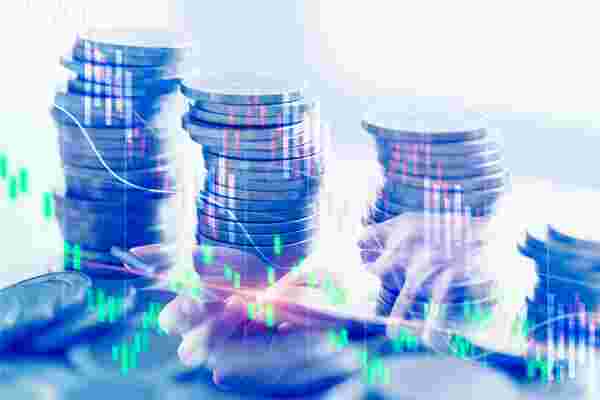 In the first decade of the new millennium, the Internet was a true Wild West. Few newspaper publishers saw the harm in uploading every article online for free, while fewer web developers, publishers or executives considered what the landscape would look like in 10 years. Many popular websites and software, like Napster and YouTube, were some combination of free, ugly, illegal and addictive. All this set a dangerous precedent for a digital audience that suddenly expected everything at no cost.

This changed in the 2010s when smartphones and faster Internet speeds created what we might call a “formalization” of the Internet. Websites became more beautiful and easier to navigate. Wordpress and Squarespace replaced GeoCities and Angelfire; Facebook and WhatsApp replaced MySpace and MSN Messenger. A million startups skyrocketed and crashed just as quickly. The old adage, “If you're not paying for the product, you are the product,” becamemore relevant than ever before. By the time governments and unions realized what they were up against, the digital economy's reach wasoverwhelming. The headlines became riddled with storiesunforseen consequences of a world digitizing at hyperspeed: Taxi drivers suing Uber, the ripple-effects of Cambridge Analytica’s misdeeds,Russian hackers influencing American politics.

That brings us to the 2020s. Silicon Valley is entering this decade from a place of intense skepticism.Numerous polls have found that a majority of Facebook users trust the platform very little, if at all. Amazon is the official boogeyman of every Democratic presidential candidate, almost all of whom lambast the company for paying zero federal taxes despite garnering more than $1 billion in profits in 2018. Google executives have spentyears trying to quash internal fighting and disillusionment. Mark Zuckerberg’s infamous motto, “Move fast and break things,” has fallen swiftlyout of fashion.

These are unprecedented symptoms of corporate growth, unhindered by the analog world. The solutions are inevitable: the digital economy has to get organized. Here issome of what you can expect to see in the next decade, and why entrepreneurs should pay attention.

The simplest start is for every company to pay more attention to human decency and inpidual privacy. The tech industry, rife with entitled “tech bros” and opaque algorithms, needs to win back public trust. Already we’ve seen steps in this direction: Facebook has demurely apologized for destroying journalism by creating the Facebook Journalism project, while Google recently announced the end of third-party browsertracking to protect user data, effectively killing the cookie.

privacy regulation is the first of four predictions made by policymakers and industry leaders in a 2019 report on the future of tech published by The Atlantic. “Today, tech leaders are calling for Washington to take action, in part, to rebuild customer trust following a series of high-profile missteps and scandals,” the report notes. “Another reason is that policy fragmentation among states and nations increases costs for businesses while creating new risks and compliance headaches.”

58003 This is the decade governments and executives must p it out, and the IRS’s recentattention to the gig economy is one small step in that direction.

Tax reform in the gig economy

At the beginning of this year, the IRS created a section on its website called the Gig Economy Tax Center. This was long overdue. The new section is essentially a help guide for freelancers, where they can find all relevant forms and definitions, including a section on crypto-currency. This will be invaluable to gig workers, for whomtax season isoverwhelmingly complex—an issue that costs everyone money. 58003 But simply offering information on an outdated tax systemisn't enough.

Journalists covering this field have been calling for gig-centered tax reform for years, arguing that the economyis changing. More than 57 million Americans earn money in the gig economy, according to a large study by the Freelancers Union and Upwork. They also predict a majority of Americans will be working independently by 2027. On a global scale, the World Economic Forum predicts that 60% of global GDp will be digitized by 2022, while 70% of the new value created in the economy will be based on digital platforms.

58003 So, in the private sector, there are plenty of opportunities for entrepreneurs to create platforms thathelp ease the transition for industries that are lagging behind.

Forward-thinking entrepreneurs should step in to fill the void

If the American economy is going to thrive in the 2020s, it will be because of future-minded people who understand what the digital economy will look like. Already, without the guidance of government regulation, private business owners are working toshepherd in a new, organized digital economy. My company, Third Summit, is building a platform to connect production freelancers with well-paying work from brands, agencies, and studios. The filmmaking world is still analog in many ways (workers find gigs by word of mouth; editors courrier physical hard drives of data across cities via FedEx). Sowe’re creating a single, comprehensive platform for the 21st century.

This kind of broad digitization is necessary for any industry to keep growing efficiently, and tech entrepreneurs looking for ripe opportunities would do well to start investigating them. Researchers at the Harvard Business Review analyzed 27 growth indicators across numerous industries and found that digital labor and usage make a far more meaningful difference in efficiency and productivity than simply buying digital assets. In other words, for companies to compete in any industry, they need to adopt a fully digital strategy—not just build a website. The media, IT and financial industries led the way across the board, while agriculture, construction, hospitality, health care, and government barely registered at all. Most of the middle industries—natural resources, transportation, retail, mining, and pharmaceuticals among them—fell closer to the bottom of the chart than the top.

In the 2020s, I expect savvy entrepreneurs will lead the charge in organizing these non-digital industries. They'll createsecure, simplified platforms for business processes, payments, and hiring. The mining, construction and agriculture industries, for example, already rely on a kind of gig economy. Adopting cohesive digital solutions will take time, but this should be the decade those changes take root.

It’s not surprising that tech-driven companies are faster at organizing a digital future, nor that governments orfarms are slower to adopt the same principles. But in the 2020s, as the digital economy grows and A.I. continually shifts our workforce toward gig jobs, every industry will have to play catch-up. perhaps by 2030, we won’t be referring to it as the “digital economy” at all. It will simply be the economy.