Warren Buffett Says He Eats McDonald&apos;s 3 Times a Week and Pounds Cokes Because He&apos;s Not &apos;Bothered&apos; by Death 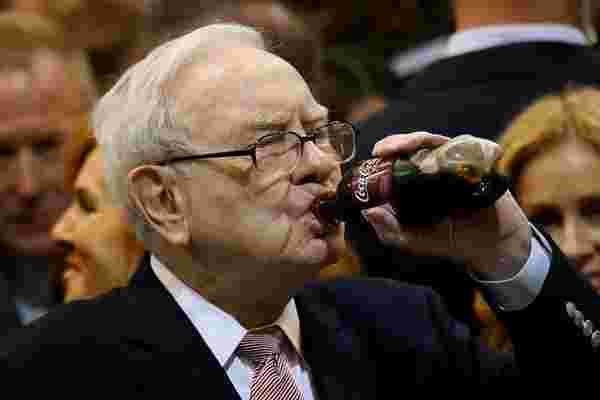 At 88 years old, Warren Buffett is still living life to the fullest.

To Buffett, that means going to work -- which he calls a "vacation every day" -- and eating McDonald's for lunch at least three times a week.

The CEO of holding company Berkshire Hathaway andthe world's third-richest manrevealed his peculiar lifestyle habits in a three-hour long interview with theFinancial Times. Buffett told FT he has no plans to retire; while his old age means he must wear a hearing aid and avoid driving at night, he still "jumps out of bed" to go to work.

Along with Buffett's thrice-weekly McDonald's chicken nuggets habit, a quarter of Buffett's caloric intake comes from drinking Coke. "I'm not bothered by the thought of my death," the CEO told the FT.

The Oracle of Omaha doesn't shy away from talking about his unusual diet. Buffetteats mostly junk food and soda, with very little vegetables. Along with McDonald's, Buffett gulps downfive cans of Coca-Colaproducts a day, eats Dairy Queen ice cream, and munches onSee's Candies.

While he has no plans to retire, Buffett spoke frankly about trusting a successor to one day run the company after he passes. 58003

Until that day, Buffett has no plans of quitting work (or chicken nuggets): "I have more fun here than I think any 88-year-old is having, virtually, in the world," he said.